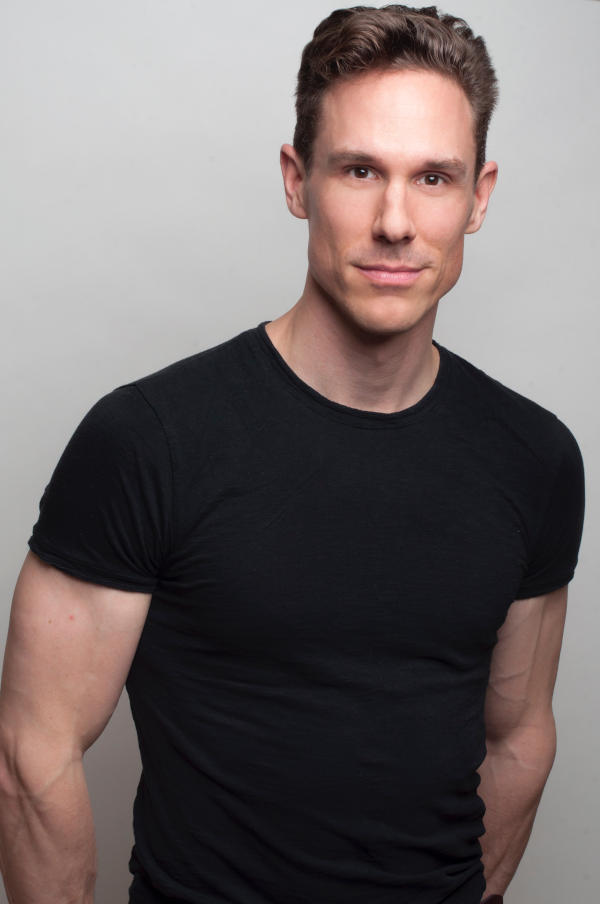 Broadway:Hello, Dolly! starring Bette Midler, An American In Paris, On The Town (2014 Revival OBC), Billy Elliot The Musical (Older Billy/Scottish Dancer OBC). Off-Broadway: Silence! The Musical (Dream Lecter). National Tour: Come Fly Away (Sid), The Phantom Of The Opera 25th Anniversary Tour. Regional: Chicago Lyric Opera: Oklahoma! (Dream Curly). Stephen started dancing at Shade Sisters Dance Studio, a neighborhood dance studio at the age of 3 in Pittsburgh, Pennsylvania. He went on to The Center for Theatre Arts where he enjoyed taking classes in Tap, Jazz, Ballet, and Musical Theatre. He then went on to study ballet under Roberto Munoz at The Point Park College Conservatory. While studying with Munoz he refined his ballet technique and was accepted into The School of American Ballet in New York City.

At The School of American Ballet Mr. Hanna trained with Stanley Williams, Andre Kramerevsky, and Richard Rapp. He performed in various ballets in the school’s annual Workshop performances. A Midsummer Night’s Dream, The Four Temperaments, Rubies, Valse Fantasie, Divertimento No.15, and Symphony in Three Movements by Balanchine. Pas de Six from Napoli choreographed by Bournonville staged by Stanley Williams and Christopher Wheeldon’s Danse Bohemien. In 1997 he received the Mae. L. Wein award for outstanding promise and became a member of New York City Ballet. While at New York City Ballet he was promoted to the rank of soloist in 2004 and in 2005 was promoted to the rank of principal dancer. He danced principal roles in Balanchine’s A Midsummer Night’s Dream, Agon, Brahms Schoenberg Quartet, Chaconne, Concerto Barocco, Cortège Hongrois, Diamonds, Divertimento No. 15, Emeralds, The Four Temperaments, La Valse, Liebeslieder Walzer, The Nutcracker(Cavalier), Robert Schumann’s Davidsbundlertanze,Serenade, Stars and Stripes, Symphony in C(2nd movement), Tschaikovsky Pas de Deux, Tchaikovsky Piano Concerto No. 2,Tchaikovsky Suite No. 3(Elegie), and Western Symphony. In Robbin’s 2 and 3 Part Inventions, Dances at a Gathering, Fanfare, The Four Seasons, Glass Pieces, The Goldberg Variations, I’m Old Fashioned, Interplay, Les Noces, and Piano Pieces. In Martin’s Fearful Symmetries, Les Gentilshommes ,Octet, Swan Lake(Prince Siegfried, Benno), and The Sleeping Beauty(Gold, Blue Bird, Wolf). Richard Tanner’s Ancient Airs and Dances and Soirée. In Albert Evans’s Haiku and in Boris Eifman’s Musagete. Mr. Hanna also appeared in the film Centerstage during his time with City Ballet.
In 2008 he made his Broadway Debut in Billy Elliot The Musical as Older Billy/Scottish Dancer.

The 10 time Tony winning production was directed by Stephen Daldry and choreographed by Peter Darling. In 2009 he returned to New York City Ballet where he was a guest artist for the 2009/10 winter season. In the spring of 2010 Stephen returned to Billy Elliot The Musical and stayed with the show until it closed in Jan of 2012. The following week Mr. Hanna joined the national tour cast of Twyla Tharp’s Come Fly Away in the role of Sid. After eight months he returned to New York and joined the cast of Silence! The Musical where he played the role of Dream Lecter. Playing Dream Curly in Oklahoma! was next at The Chicago Lyric Opera. He had the opportunity to learn the original Agnes De Mille choreography from Gemze DeLappe who worked closely with DeMille and was a member of the first national tour of the show. He then went to perform in Spoleto, Italy where he partnered Alessandra Ferri in her return to the stage in The Piano Upstairs. Back in New York he went on to dance with Ballet Next and Intermezzo. With these companiesMr. Hanna danced ballets by Brian Reeder, Mauro Bigonzetti, and Claudia Schreier.

In December of 2013 he took part in a Dance Lab for the show On The Town choreographed by Josh Bergasse. The summer of 2014 he reprised the roles he played on Broadway in Billy Elliot The Musical at Ogunquit Playhouse in Maine. In the fall of 2014, Mr. Hanna landed back on Broadway in the revival of On The Town directed by John Rando. Stephen had the pleasure of performing in The Macy’s Thanksgiving Day Parade and The Tony Awards with the cast of the show. When On The Town closed he joined the Broadway cast of An American In Paris until it closed in Oct of 2016. In 2017 l appeared again on Broadway in Hello, Dolly! Starring Bette Midler. After finishing his run at Hello, Dolly! he was lucky enough to work with Susan Stroman on a lab of The Beast in the Jungle written by Scott Thompson with music by John Kander. This past spring Hanna made his Carnegie Hall debut in Candide directed by Gary Griffin and choreographed by Josh Bergasse.

This past year Mr. Hanna taught and choreographed at the College of Charleston He also appeared in I Married An Angel at City Center Encores, as the Monotony Soloist in Jerome Robbins’ Broadway, Dream Jud in Oklahoma at Sacramento Music Circus, and The Lover in The Other by Agens Demille at The Lake Tahoe Dance Festival. In July he taught and choreographed at The Joffrey Ballet School Musical Theatre summer program, The Lake Taho Dance Festival, and at Saratoga Summer Dance Intensive in Vail, Colorado. In 2010 Mr. Hanna started studying acting at The Barrow Group. He enjoys this new exploration of expression and has studied with Dani Super, Nick Demos, and Matt Newton. He has since appeared on television in All My Children, Boardwalk Empire, Momsters: When Moms Go Bad, Forever, and Pose. He just finished shooting the short film Fourth Position where he was the leading actor and dancer directed by Matthew Estrem and choreographed by Kristine Bendul. 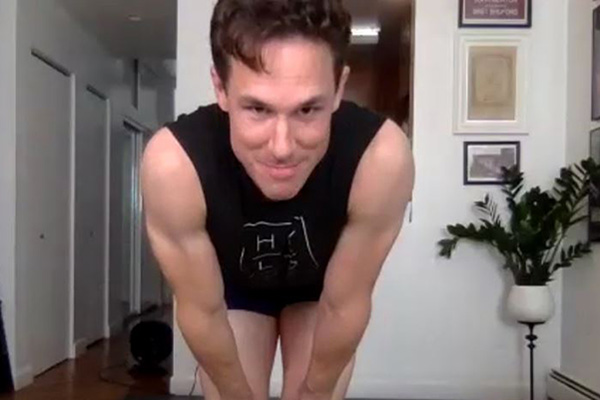 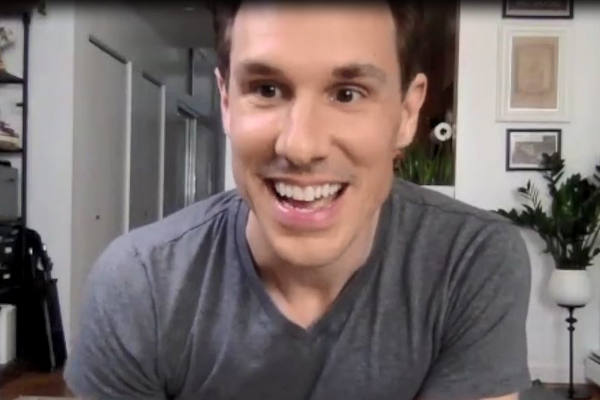 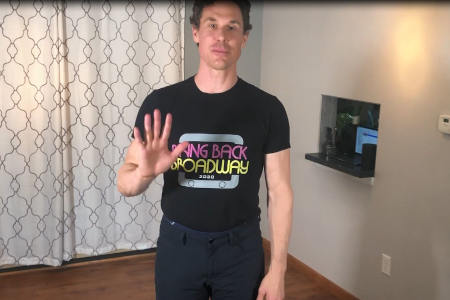